It’s Time To Bring This ONE Thing Back Into Fundraising 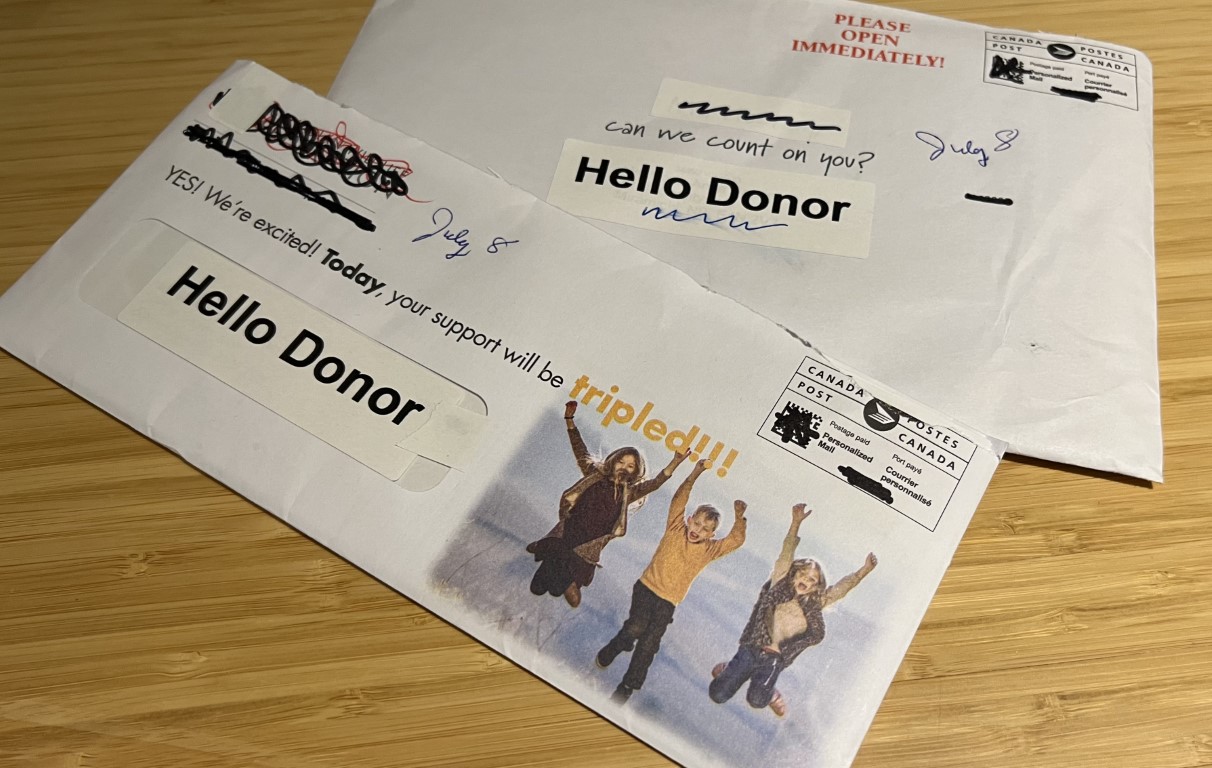 Posted at 14:04h in Blog by Sheree Allison
0 Likes
Share

What would it take for you to see your fundraising efforts through the eyes of your supporters? It’s a big question for a sector that focuses almost solely on affordability, velocity and convenience. Given this common approach, I wonder if shops ever consider the number of donor casualties they rack up over time.  Consider a recent example I got to see with my own eyes…

I went to visit a friend, an 80-year-old woman who was reliable for donating annually to a very big and very well-known national nonprofit. I happened to be at her house after she brought in the mail. She made an offhand comment to me, “They lost me this time” and held up a large sized mail package. I walked over and took it from her, and read through it at home later that evening.

The package is titled “Donor Support Proposal”. The gist of the ask is simple. If she gives $100 (as an example), a group of existing top tier donors will multiply it – and the campaign is branded and messaged accordingly. The package includes a set of gift vouchers, each with a barcode. She is instructed to write in how much she intends to give (the amount she wants to “multiply”) and send it in. Without mincing words, the whole thing was a giant turnoff for my friend. I don’t think she spent more than three minutes reading it before she was done. And by done, I mean done with that charity. Permanently.

I decided to do a little digging, mostly because I wanted to know why this shop would send out something called a “proposal” to a reliable 80-year-old supporter. My existing connections in the nonprofit world got me on the phone with a former executive of fundraising for this exact shop. He let me know they do this kind of thing every year, and it goes out to over a million supporters with a history of giving at a particular level. What are they seeking in return? A 5% response rate. If they hit that, they’re happy.

It’s instances like this that cause me to have two reactions simultaneously. The first one is something along the lines of “Wow, fundraising has gone to shit”. The second one is, “Well, we have a whole lotta work to do in the nonprofit sector”. I’m annoyed and I’m optimistic. Because we can only get better from where we are now.

The funny part is, I can visualize so many small to midsize shops looking chartreuse with envy at this shiny, colorful, multi-page Donor Support Proposal. “Wow, I wish we could afford to send something like that out to over a million people!” My response? Be glad you didn’t, because I can promise you my 80-year-old friend is not the only donor casualty this particular campaign is going to produce.

I can imagine how many replies I’m gonna get about this, many of which will defend this particular campaign. I’ll get comments like this…

“She’s only ONE supporter, Sheree. They can’t please everyone!”

“Who cares? So they lost her. Plenty more will give and they’ll be fine.”

“She’s 80 years old. Soon she won’t be able to give because she won’t be here. They’ve got to appeal to more than just her.”

While comments like these all have validity, they miss the point. The nonprofit sector spends a lot of time talking about the “right” way and the “wrong” way to fundraise. The sector trips over itself to vilify people and organizations that aren’t fundraising “properly”. The entire argument is rooted in morality. What fundraising should be rooted in is humanity.

What do humans want most in the world? I say they want four things – to be known, seen, heard, and wanted. What would it take for you to look at your fundraising efforts through that filter? How would it change what you’re doing? Because I can tell you – a lot of fundraising campaigns cross my desk every day. And rarely do I see those four human desires taken into account. This is where the entire sector needs an upgrade. We need to upgrade our humanity.

If tomorrow, a first-time supporter sends a $50 bill in a mailing envelope with a note – “Really enjoyed your recent newsletter, I hope this helps” – will you acknowledge it? When? At the end of the year in that one big mailing you do to thank everyone who “only” gave less than $100 all year? If that’s your position, you’re disconnected from humanity. Time for an upgrade.

If next week, someone from your community leaves a voicemail for your shop letting you know she has two hours a week to volunteer – and she’d like to do it in your shop – will you return her call? Or will you do like most, which is avoid responding because two hours “isn’t enough”? And you don’t know what she’d do, so you opt to ignore her message. If that’s your position, you’re disconnected from humanity. Time for an upgrade.

My fellow nonprofit leaders, we’re at a crossroads. I read a statistic recently that a mere 36% of nonprofits across Canada can continue operations beyond one year without concern. That means 64% of nonprofits are living on the edge of “how much longer can we do this?”  That is frightening. What will save your shop? Two things: movement and humanity.

Instead of ignoring — acknowledge.

Instead of rejecting — support.

Instead of demolishing — build.

Instead of refusing – allow.

Instead of denying — admit.

Instead of hiding — communicate.

It’s not that people don’t want to support your work and your Mission. It’s that they want to feel known, seen, heard, and wanted before they give, and especially after they give. Turn your humanity back on. We need it now more than ever.