Want The Best From Your People? Here’s How You Get It 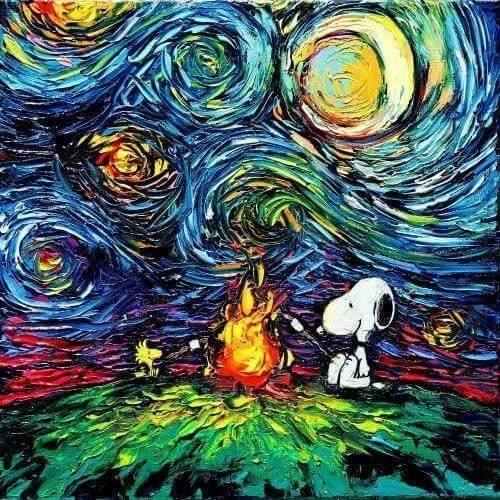 02 Apr Want The Best From Your People? Here’s How You Get It

Posted at 18:46h in Blog by Sheree Allison
0 Likes
Share

You may have noticed an underlying theme in the bulk of my writing, which is leadership. It’s something I’ve always been passionate about. Few things move me to action faster than training and developing the leader that lies within. Without exception, everyone has the potential to be a leader. Even without a title, leadership can be brought into any situation in any organization, and it can transform the worst of circumstances. This is one of my core philosophies.

As we move into the second quarter of this year, I am reminded this is a time when many will hit the easy button. Spring is on its way, and the end of the year seems far off. This is about the time when complacency sets in. How it shows up can be rather subtle. Like letting out a long sigh over not having enough money or resources for the umpteenth year in a row, and letting it continue going that way. Or giving into running that same project you’ve been running for years hoping the results will be different this time. I’d like to share a different perspective, which is that where you’ve surely become the most complacent is with people.

I have always said that nonprofits never lack money. It may appear like they do, but money isn’t the problem. Money is plentiful, and the access to it is people. You might be asking – then what is the access to people? The answer is leadership. The order of the day is leadership –> people –> money. Everything begins with leadership. Today’s writing is focused on leading staff and volunteers. As a leader, how do you empower and enable the people on the front lines? This is one of my favorite conversations.

The first thing to know about humans is they always think they’re in trouble. If you ask them a question, they’re trying to give you the right answer to avoid getting into trouble. This comes from public school. What it has produced is adults who avoid, hide, cover things up, pretend, and wear a mask of sorts. They mostly are not themselves, so you don’t know who they truly are or what they are truly capable of, whatever the role is they play. Unless you can acknowledge the truth of what I’ve just written here, you are unlikely to ever get the best out of people. And people ARE your access to solving a money problem.

The cornerstone of getting the best out of staff and volunteers is what I call “weird ways”. They’re little mechanisms, tests, tactics, and experiments to see how people think, work, act, respond, and behave. I love doing it because it invites a richness of conversation and a multitude of invitations to communicate honestly. A simple example is I have four different types of chairs in my office: an orange one, a black ball, a swivel chair, and a standard chair. So there are four varieties of how to sit. When anyone walks in, one of those four is going to draw them. I close the door and say “pick a chair”. This one little thing spawns some of the most interesting conversations that would never happen if I didn’t employ this very simple tactic.

Always Open: I have an open door policy. I create a comfort level of coming into a space (my office) that is a conversation space rather than a correction space. The four chairs tactic is part of this.

Spontaneous Timing: Conversations with me are spontaneous rather than planned. I never give someone 2-3 days notice to let them know we’re going to meet. All they’ll do is fill that time with worry, wondering what it is I want to discuss. Time can either create a bigger problem, or it can create trust. Spontaneous timing is everything.

Human First, Issue Second: There is a way of being you must take on as a leader that makes you safe to interact with, safe to tell the truth. Demeanor is so important. It’s always natural, casual, and approachable.

Extend An Invitation: Every conversation is ongoing because there is learning for them. It’s never just one meeting that solves it. So I always create an invitation for another time to meet and talk so they know I’m here. This is an extension of my open door policy.

All this works very well, and here’s the clincher. What I’m about to share is what ultimately causes money to flow via people. It’s the keys to the kingdom. It’s quite simple, yet it’s what I see missing inside nearly every organization I visit. Here it is:

Easy right? Except it isn’t. The ONE thing human beings avoid doing is dealing. Dealing with the situation (whatever it is). Dealing with the reality of it. Dealing with what is directly in front of them – and doing it without delays, without excuses, without stories. This is what I’ll call the impossible task, and it’s why most people who call themselves leaders simply don’t do it. Because getting a human being to engage, deal, and follow through is some of the most challenging work there is. What follows are some of my most effective strategies for leading staff and volunteers to engage, deal, and follow through.

Only say what you are going to do. As a leader, don’t dream out loud or make guesses about what you think you’re going to do. If you make empty promises, your staff and volunteers will do exactly that. You’ll have an organization full of people who dream without doing, and you’ll wonder why there’s no money. It’s not a mystery. Future faking never works.

Embrace flexibility. One of my staff liked sitting on the floor with no shoes under a blanket to do her work. I could put her in an upright swivel chair behind a big desk and expect creativity. Or I can embrace that she has another method. I’m more interested in what she’s going to produce. If you deliver what we agreed on and what we need, I don’t care how you get there. I’m not caught up in the trappings of “this is the way it is”. Pretty is useless.

Tackle ant hills strategically. Have you ever experienced an ant infestation? You have to deal with them quickly or they get out of control. What happens to leaders is every situation is an ant infestation. It’s easy to get run over by them. I don’t do that. I see the ants, but I don’t run and get a bunch of traps. I always eventually handle everything, but I don’t do it right away. I don’t let ants take me off my game. I hear what’s happening. I see what needs handling. I acknowledge it. But I decide what I take on, and in what order. Don’t let the ants decide for you.

Check in the right way. I think it’s human nature to give a directive and check-in near the outcome. Let’s say a project is 100 days. From day 1 to day 93, there’s usually no check in. By the time a check-in happens, the project is way off track. What I do is check in on a small but manageable piece of the project they can speak to. Example: “Did you find the right social media channels? How’s it going so far?” Something vague (but important) like this tells me all kinds of things about where they are in their deliverable. If the first thing I hear is an excuse about why something hasn’t been done, that’s a red flag. I know the project is off track and I need to confront it.

Look out for jargon. It’s how people hide, and it’s how people avoid confronting reality. Staff and volunteers who use jargon are not engaging, not dealing, and definitely not following through. Guaranteed. Examples of common jargon: “conscious attention given to the developmental relationship fundamentals via an intentionality tool designed”; “evidence suggests that strategically and systematically investing in…”; “urged to move from scripts and structure towards a conversational, fluid and client-centered approach”; “innovation will help our nonprofit grow and succeed.”

Open the door to DEAL. First, understand you cannot force anyone to deal with anything. My job as a leader is to open the door for them to deal. It’s up to them if they want to walk through it. When they don’t deal, you have to know they might work for a while, but they aren’t going to be long haulers inside your organization. Staff and volunteers who don’t deal are giant barriers to money. If they don’t deal, they must eventually be removed. (And if you’re the one who isn’t dealing, your staff and volunteers are mirroring that. Time for you to deal, too.)